20 crazy facts about us!

This post is just for fun! 20 crazy facts about us. They are pretty random, I (Karolina) will just write down the things that come to my mind first.

We know it is CRAZY but it’s true. We spent every night together. Of course, there are a few hours during a day when we have to split but it is usually no longer than 3-4h.

The truth is, that we love each other too much to be apart. What happened in 2018? Our daughter was born, so I needed to spend a few nights in the hospital.

2. Patryk is the night owl and I am the early bird.

It was a big problem at the beginning of our travels. I wanted to get up early in the morning and go sightseeing and Patryk could sleep until 1 p.m. After 5 years of being together, we finally found the compromise and met halfway.

We wake up at about 9-10 am (before I met him, it was almost the middle of the day for me) and go to sleep after midnight.

UPDATE: We now have Mia so she wakes us up about 7 am every morning!

The interesting fact is that for the first 2 months we weren’t officially together. We were just friends. So it was the big step for both of us!

4. We’ve got engaged in our 1st anniversary.

Patryk proposed to me in the balloon in Krakow. It was so romantic!

Don’t tell him but I KNEW what he was planning to do. It wasn’t the surprise but still, I was crying with happiness when I was saying yes.

Yes, despite the modern trend of free relationships, we are quite old-fashioned. We believe in one true love, faithfulness and being together for the entire life. We got married in 2014. 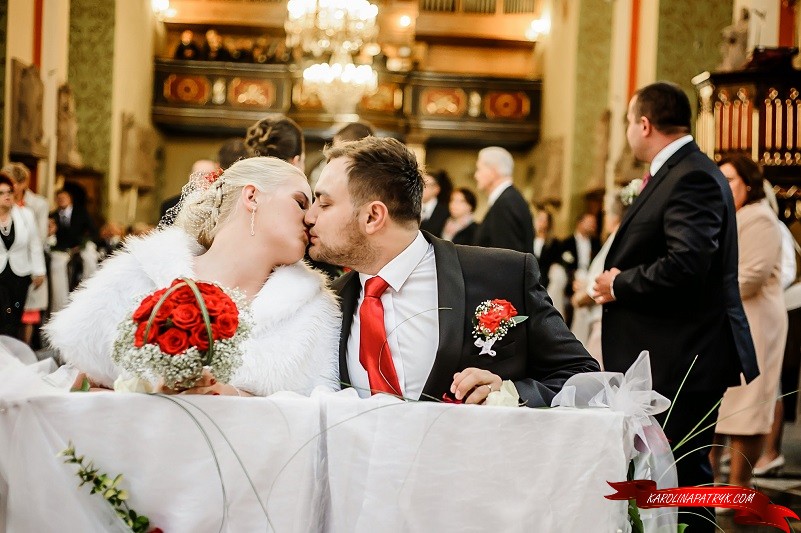 6. Patryk is one year older than me.

We are not the same age! But we both were born in April.

I wasn’t planning on attending the NLP course that day. I skipped my classes to go there. That was the best decision EVER!

Well… I was young and stupid. I was drinking until 6 am with my friend and the date with Patryk was at midday. I felt a little dizzy when I was talking with him (it wasn’t a hangover yet). I was laughing and telling jokes and he was super serious. I thought he thinks that I am crazy and will never ask me out again.

I was wrong… my joy and happiness are something he loves the most about me.

Like literally… he doesn’t. I found it REALLY weird when I first met him. I thought everybody has something he/she likes. But not Patryk. He has no idea who Katie Perry is or what is the difference between jazz and blues.

I like this about him- I can play all the songs I like and he just doesn’t care.

…which some of you have already noticed. You have no idea how hard it is to buy them! It is almost impossible to buy the same pants for men and for a woman.

So if you know any company that produces clothes for the couples, let us know!

UPDATE: Now it’s even more difficult when we have Mia. Finding matching clothes for the family is really hard!

11. We say I love you like a thousand times a day.

This is what we’ve been doing at the beginning of our relationship. And it still is like this. We say I love you at least once every hour.

12. Our first trip abroad was to… the oldest Legoland in the world.

It is located in a small town in Denmark called Billund.

At this time, we had neither the money nor the company, so we had to earn for this trip. Patryk has been working at his mom’s shop for the entire month and I was working online.

Denmark is a REALLY expensive country, so we took food to our carry-on luggage (had no money for the checked-in baggage!). For 4 days of our stay, we were buying only bottled water. Every morning we made sandwiches that we have been eating for breakfast, lunch, and dinner.

Believe us or not- we still think about that trip with a smile, even though our budget was so tight.

Before I met Patryk I couldn’t stand hairy men. Like… I was leaving the swimming pool when the guy with hair on his body was standing next to me. It was just too disgusting for me!

Everything changed when I met Patryk… right now I think his hairy chest is the sexiest thing about him, so yeah, my preferences changed a lot!

14. Nobody believed that it’s possible to travel and make money at the same time.

When we first told our family and friends that we want to become full-time travelers, they thought we are crazy.

Of course, there are some people like this but it must be very difficult and we will probably never succeeded. Our reply was: watch us!

They are so disgusting that we would never eat them!

… but Patryk thinks is totally unattractive. He doesn’t forbid me doing it but it’s my husband so I want to be sexy for him!

UPDATE: He now changed his mind. Maybe I will get myself a tattoo in the nearest future?

17. Our first blog was terrible.

We have been TERRIBLE travel bloggers at the beginning. We’ve taken shitty photos and we’ve been writing dumb texts.

But practice makes perfect! We are so much better right now.

At the beginning, we cared about visiting as many countries as possible.

Right now, we enjoy returning to the places we liked and seeing it again, from a bit different perspective. We find slow travel way more rewarding.

Buying a new car? Buying a house? Shopping? We both HATE it.

We have the same car since 2012 and even though it’s old and too small, we just can’t put ourselves together to find a new one.

Both I and Patryk find material goods not that important, however, we enjoy earning money and selling.

20. I had an emergency c-section and my dream is to give birth naturally.

When I was giving birth to Mia, doctors assumed she has a cord around her neck that’s why I had an emergency c-section after being in labor for 10 hours.

It turned out to be not true, so it was all unnecessary. My dream is to give birth naturally next time I am pregnant.

If you want to know more about us, ask the question in a comment. And don’t forget to share the crazy facts about you!

Join the Poland Travel Support Group, a group to help you plan your trip to Poland!