Surprising Malta Facts That Will Leave You Speechless!

Malta is an archipelago country in the Mediterranean sea. You may have heard of it, but the truth of the matter is that you probably know very little about this fascinating country. It’s an incredible travel destination with an interesting history and plenty of things to do on the main island and the surrounding islands.

Keep reading to find out interesting and fun facts about Malta, its wonderful past, and what makes it so very interesting. 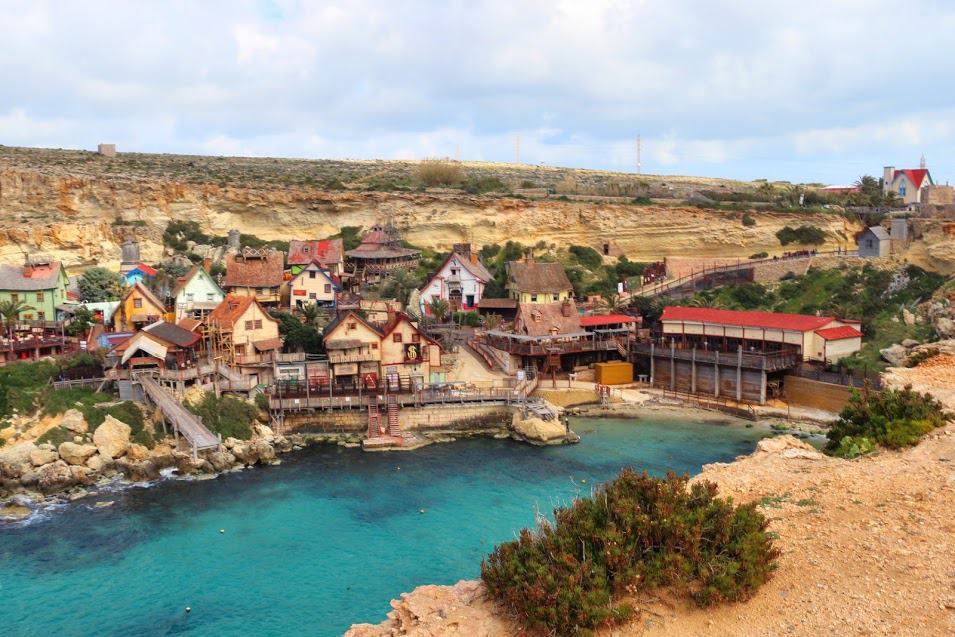 Before we get into the juicy facts, here’s some basic Malta information you might not already be aware of.

How Big Is Malta?

Malta covers an area of roughly 196 square miles. The island is rather small, so four days in Malta is just enough time to explore the archipelago. Buses are a great way to get around. However, if you’d like to venture to the farther reaches of the island then renting a car is advised.

Malta is a Southern European island in the Mediterranean sea. It’s just 50 miles south of Italy. If you take a ferry from Italy to Malta it will take you 26 hours and 30 minutes.

A great experience, but if you’re looking to pick up the pace, a flight from Italy to Malta will take just over an hour and twenty minutes.

What Is The Population Of Malta?

As of 2019, the population of Malta was calculated to be 493 559. Surprisingly, it’s the most densely populated country in Europe with around 3000 people living in a 1-mile radius.

What Is Malta Famous For? 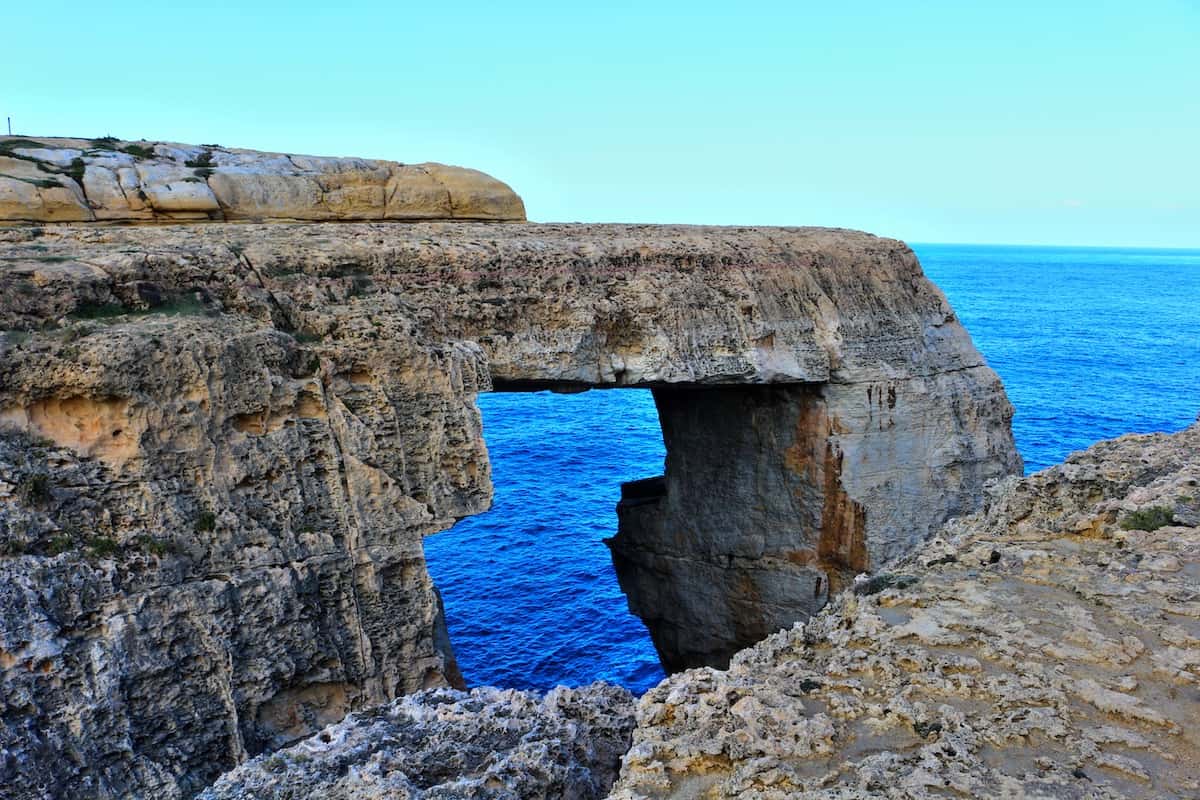 Malta is most famous for its magnificent diving spots, historical architecture, dramatic cliffs, and stunning landscapes.

It’s also a famous filming location. So if you decide to visit, don’t be surprised if you recognize a scene or two.

Now that you know some basic information about Malta, let’s get into some intriguing facts. 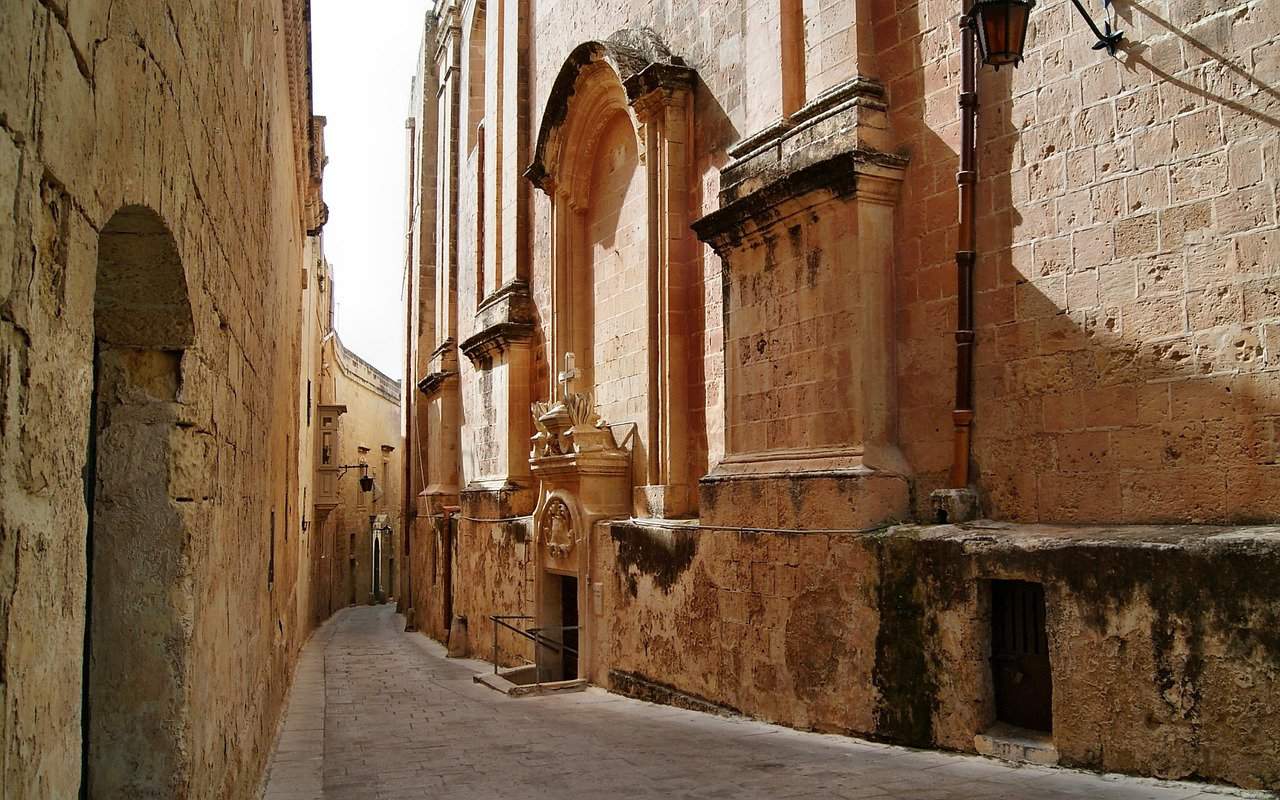 Despite the tiny size of this country, Malta is home to three official world heritage sites.

These include Ħal Saflieni Hypogeum, an underground cemetery used in 4000 BC, the City of Valletta which was founded in 1566, and the Megalithic Temples of Malta which contain seven prehistoric temples.

There are plenty of temple tours that you can take to explore these a little deeper.

Apart from the official sites, there are another seven tentative sites – this means that it’s been put forward for nomination. These include the coastal cliffs, Qawra, Cittadella, Knight’s Fortification around the Harbors of Malta, Mdina, the Maltese Catacomb Complexes, and the Victoria Lines Fortifications.

Malta Has An Incredible Amount Of Religious Celebrations 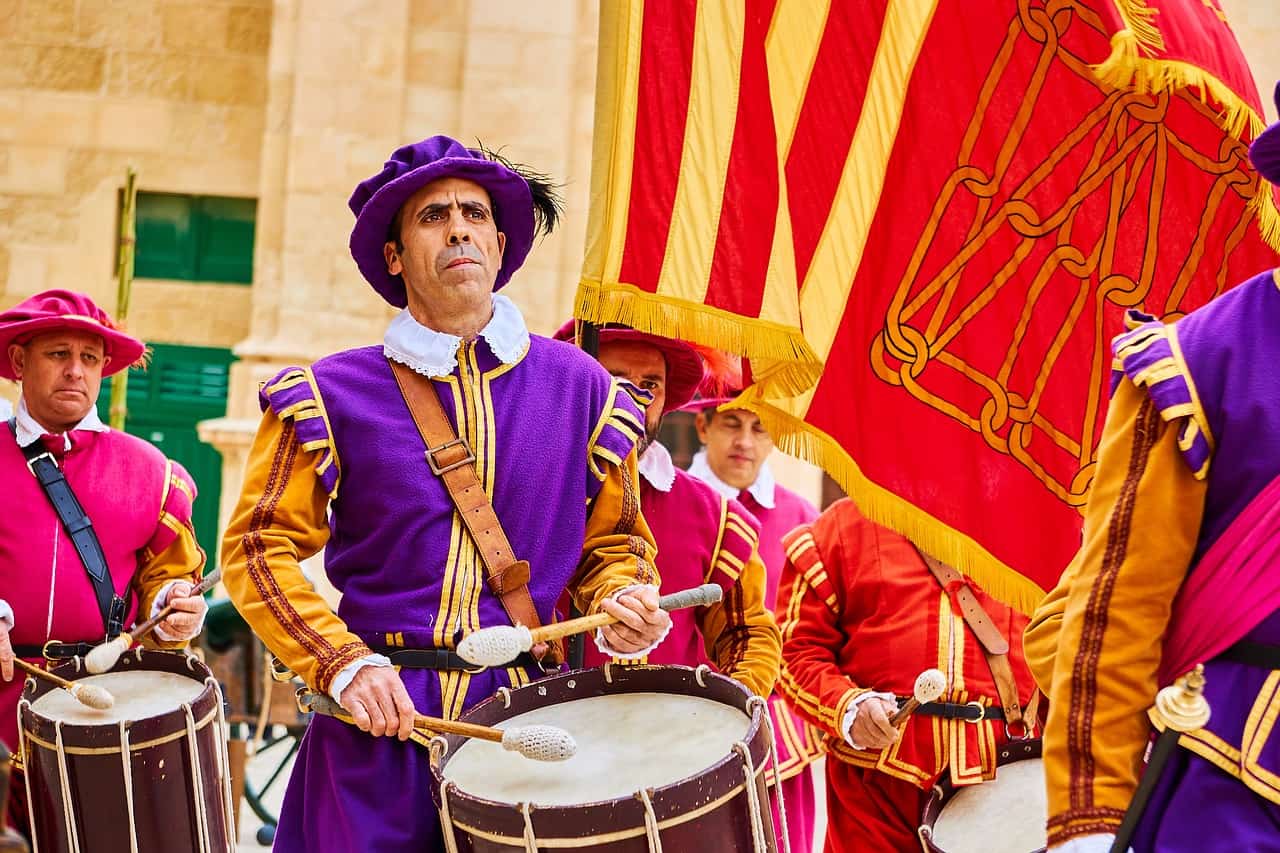 If there’s one thing the Maltese like to do it’s having a little celebration. In fact, between the months of June and September, the town holds 75 local celebrations. These contain fireworks displays, religious processions, and marches. If you’re in the country during this period of celebration, be sure to attend the festivities.

Apart from all the celebrations, the country also has 14 public holidays throughout the year. Which is more than many other countries in Europe.

Malta Has Only One University

The University of Malta is the only university on the island but has an incredibly long history. Founded in 1592, the university is the oldest in the Commonwealth outside of Britain. The main campus is located in the harbor area of Msida, providing absolutely stunning views for its students.

Malta Was Once A Part Of Mainland Europe 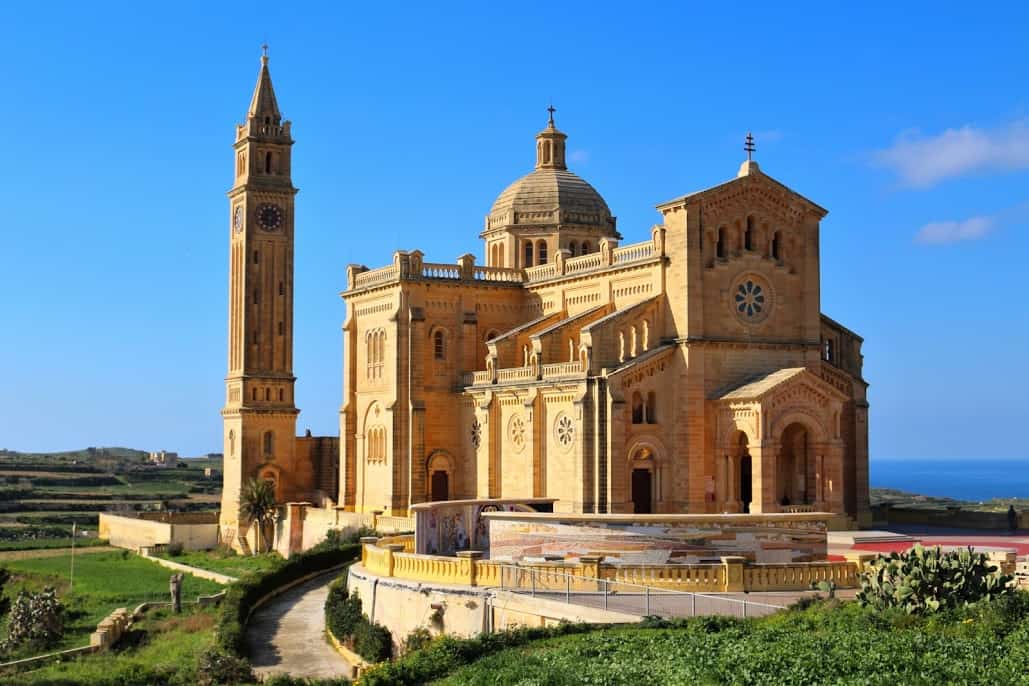 Around 17 000 years ago it’s believed that Malta was connected to mainland Europe as well as Sicily. In fact, it acted as the mountaintop region to these areas. Over time it’s believed these areas separated and Malta became its own island.

The Megalithic Temples in Malta are the oldest free-standing stone structures in the world. Older than both the Pyramids in Egypt and Stonehenge in England.

During WWII, one of Malta’s largest churches was bombed by German forces. The bomb is said to have weighed an impressive 500kg. It dropped through the roof but miraculously failed to detonate when it hit the floor. At the time of the bombing, there were over 300 people in the church.

Apart from surviving a bombing, the church is known for its dome-shaped roof, which just so happens to be the third-largest unsupported dome in Europe.

Malta Is A Walker’s Paradise 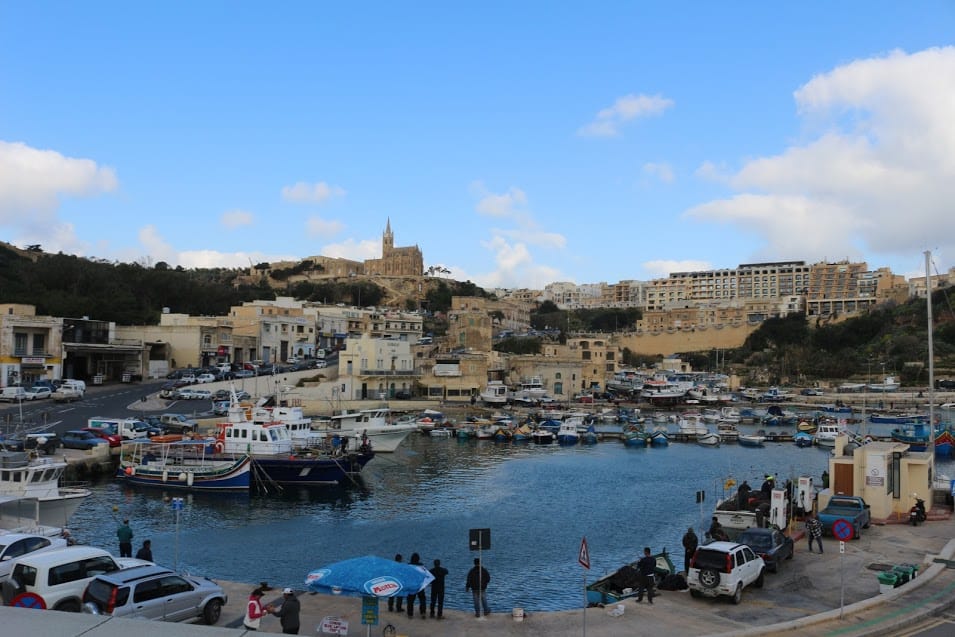 Malta is one of the most walkable countries in Europe. There are walkways, pathways and hiking trails all over the country, making it easy to explore by foot. If taking a hop-on hop-off bus tour in Malta isn’t for you, then consider exploring the country on your own two feet – as many other tourists do.

Many of the walks take you along the coastline which provides stunning views of craggy cliffs and serene beaches.

Maltese Drive On The Left-Hand Side Of The Road

Maltas two official languages are English and Maltese. The Maltese language sounds a lot like Arabic, which may come as a surprise as it’s a far cry from Italian, its closest neighbor.

There Are Many Sunken War Ships Around Malta 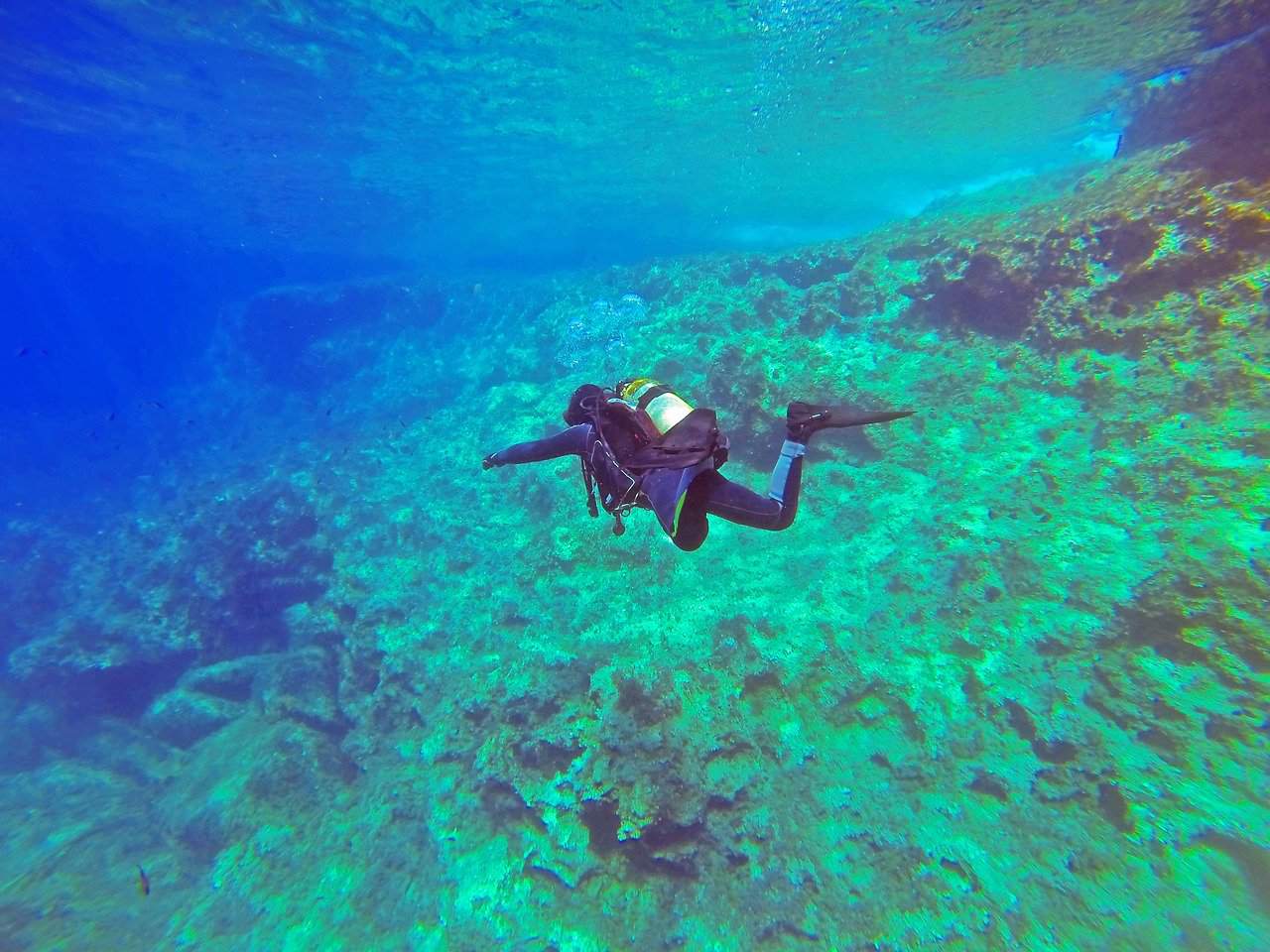 During WWII, many ships sank around the Malta archipelago. This makes diving one of the most interesting activities to take part in off the coastline.

Seeing ships that sank almost a century ago underwater is an incredible experience. Covered in algae and coral, these ships are teaming with sea life.

Malta Was Known As “The Nurse Of The Mediterranean Sea”

During World War I, many wounded soldiers were shipped to Malta to be treated in peace. For this reason, the islands were known as “The Nurse of the Mediterranean Sea”.

Malta is made up of three islands – Malta, Gozo, and Comino. The small island of Comino is just two square miles in size and is virtually uninhabited, apart from one hotel.

There are no cars on the island, but it has become a hotspot for divers and snorkelers as the surrounding Mediterranean sea provides perfect conditions. 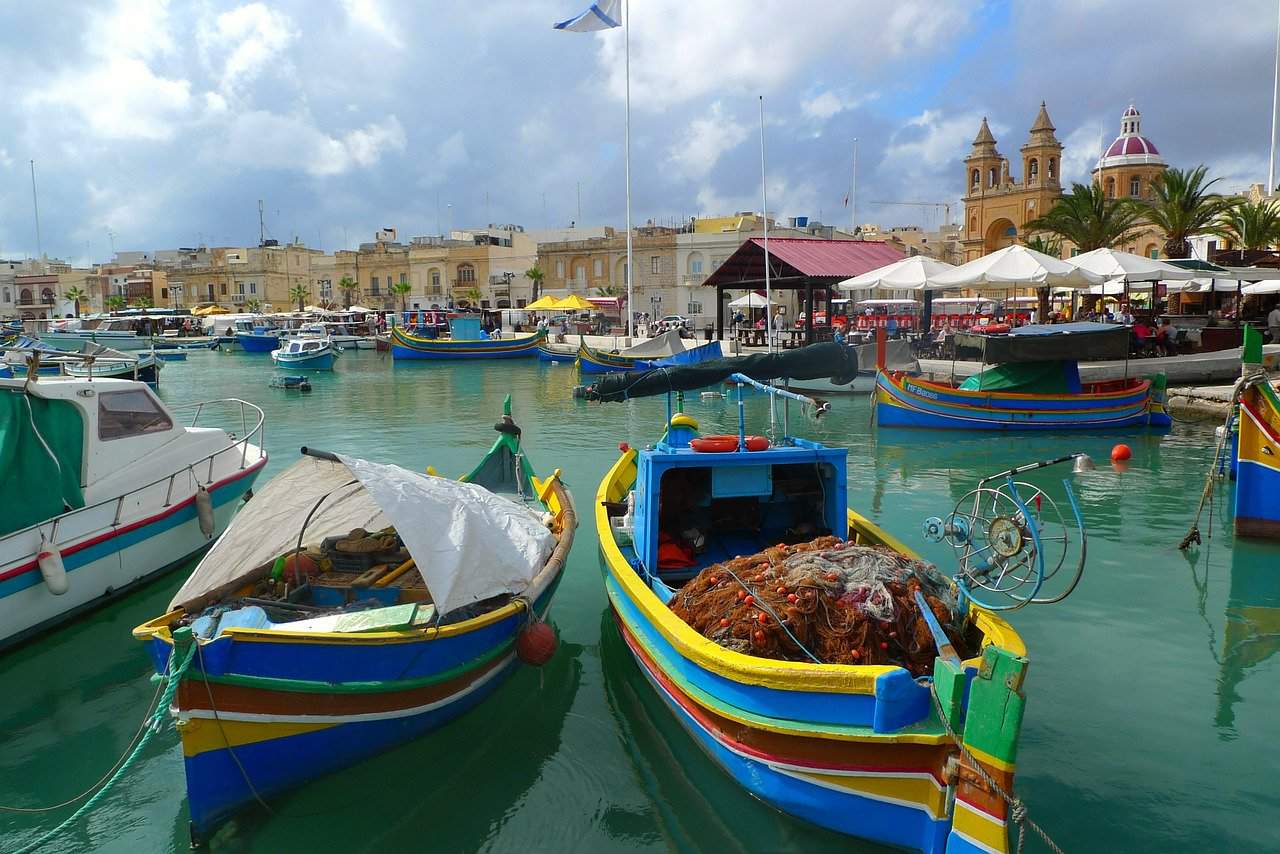 These natural occurrences that most of us take for granted actually don’t exist on any of Malta’s three islands. The archipelago is completely devoid of mountains, rivers, and forests.

Malta Has The Smallest Capital City In Europe

Malta’s capital city, Valletta, is under 0.5 square miles in size.

Wrapping Up Interesting Information on Malta

Malta is a tiny yet fascinating nation with many quirks worth learning about.

Whether you’re planning a trip to this archipelago country, or you’re simply brushing up on your knowledge, these interesting facts are sure to come in handy.

Did you enjoy reading these fun facts about Malta? Share your thoughts in comments!