Mind-blowing Facts About Iceland That Will Make You Say “Wow”!

Iceland is considered one of the most beautiful countries in the entire world. It’s an island isolated from the other parts of Europe, famous from the amazing nature, awesome landscapes and (since recently) a place where the Game of Thrones was filmed. In this post, we have gathered interesting Iceland facts to give you some insights about this amazing country.

These pieces of information about Iceland country are mainly connected with the culture and geography of Iceland. Hopefully, they will be useful not only for travelers visiting Iceland but also for everyone who is interested in getting to know new facts about the world.

Iceland Should Be Named Greenland…

… and Greenland should be named Iceland. Due to the strong influence of the Atlantic Ocean, the climate in Iceland is quite mild. Only about 11% of its total area is covered in ice.

There are many theories on why the names of these two regions are so confusing. One thing is certain- it’s one of the Iceland facts that are worth knowing.

Iceland Has One Of The Most Beautiful Natures In The World 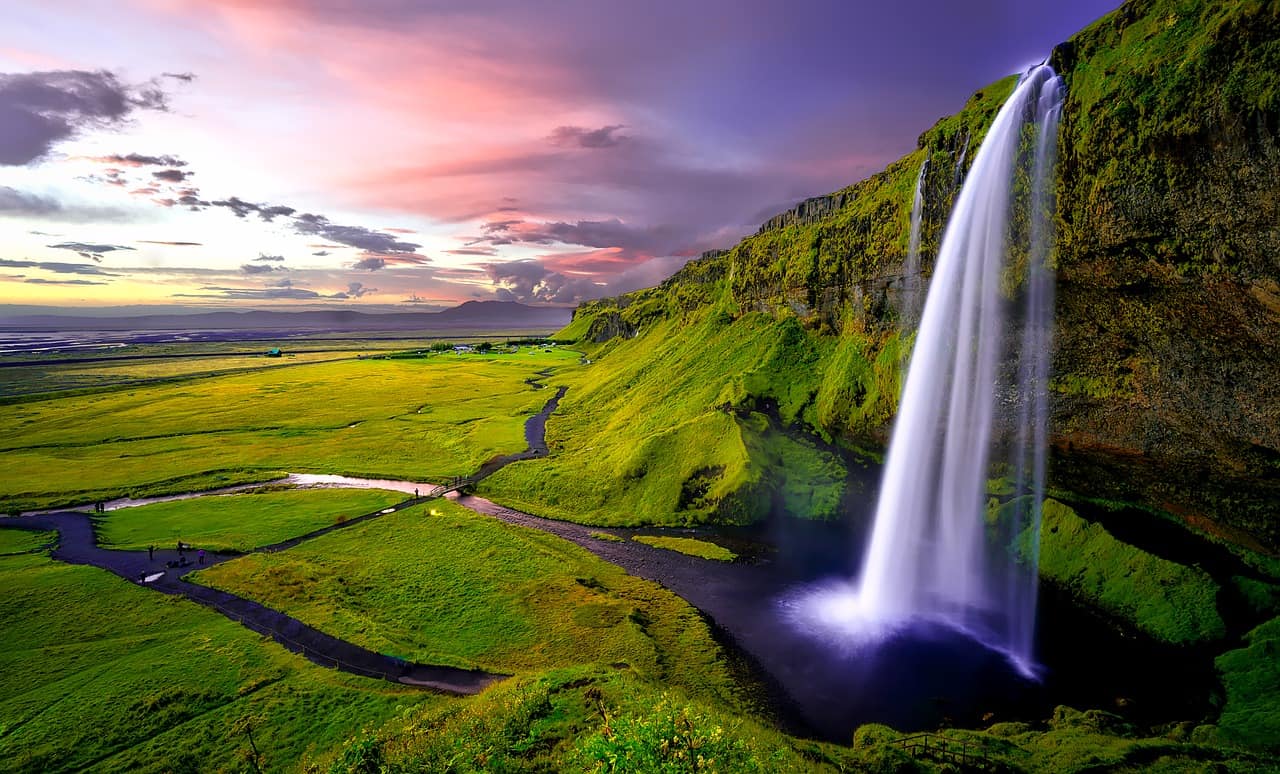 It’s very easy to find a travel guide to Iceland on the internet. No wonder why: this country is considered one of the most beautiful in the world. It’s called the land of ice and fire. With so many points of interest in Iceland, the scenery is absolutely breathtaking.

You already know about the ice, so let’s talk about the fire! Iceland has many volcanos: Grímsvötn is the most active of them. The other result of the heat inside the earth are the hot springs. The most famous geothermal spa (and also the most often visited points of interest in Iceland) is a Blue Lagoon.

One of the interesting facts about Iceland, there are almost no forests over there!

The most beautiful natural phenomenon that you can see in this country is Aurora Borealis (Northern Lights). It can be seen in the sky for almost 75% time of the year!

If you’re heading to Iceland with kids, make sure they are ready to play outside while experiencing something unique!

One of the Iceland facts that you should know about is that the first female president in the world was elected in this country in 1980. Even though women were the leaders of some countries (Argentina, Bolivia, and China) in the past, Vigdís Finnbogadóttir was the first one that won in the democratic elections.

She is 90 years old now but she still serves the people as UNESCO Goodwill Ambassador.

Taking a toddler to the outdoor thermal pools when it’s freezing outside? Kids having fun on the playgrounds that are covered with snow? Leaving the swimming pool in the middle of the winter with wet hair?

It’s all quite common in Iceland. While spending time outdoors is very healthy, Icelanders took it to a whole new level. No matter what temperature it is, it doesn’t stop them from having fun outside. That includes infants, toddlers, and kids.

Iceland Is 3rd Most Expensive Countries In The World

Another of the interesting facts about Iceland is that this country is really expensive. Just to give you an idea, the entrance fee for one of the most famous tourist attractions in the country, The Blue Lagoon in 80 euro per person!

Switzerland has been ranked as the most expensive country in the world, with Norway as a runner-up.

There’s A Story Behind Iceland’s Flag

Everything that you need to know about Icelandic nature is hidden in the flag of this country:

Is it one of the best fun facts about Iceland?

Iceland Is The Most Peaceful Country In The World

Iceland is ranked number #1 in the Global Peace Index almost every year. The factors that are taking into consideration in the rank include safety, militarisations, ongoing conflicts, and security.

Reykjavik Is The Northernmost Capital Of The World

There are no other capitals north of Reykjavik. This relatively small city located in Western Iceland is home to almost 40% of the Icelandic population.

One of the interesting facts about Iceland and Reykjavik, it’s that it’s one of the few European capitals that have NO Starbucks or McDonald’s!

It’s worth knowing that the northernmost inhabited town of the world is Longyearbyen in Norway.

Iceland is an island, so the main ingredients of the country’s cuisine are fish and seafood.

Some of the traditional Icelandic food is very shocking for foreigners. Let’s take Hákarl as an example: it’s a fermented shark that (supposedly) tastes the best if you bury it in the ground and then urinate on it.

Sounds pretty disgusting, huh? If you’re traveling in Iceland with kids, you might have to prepare them for these unusual meals. 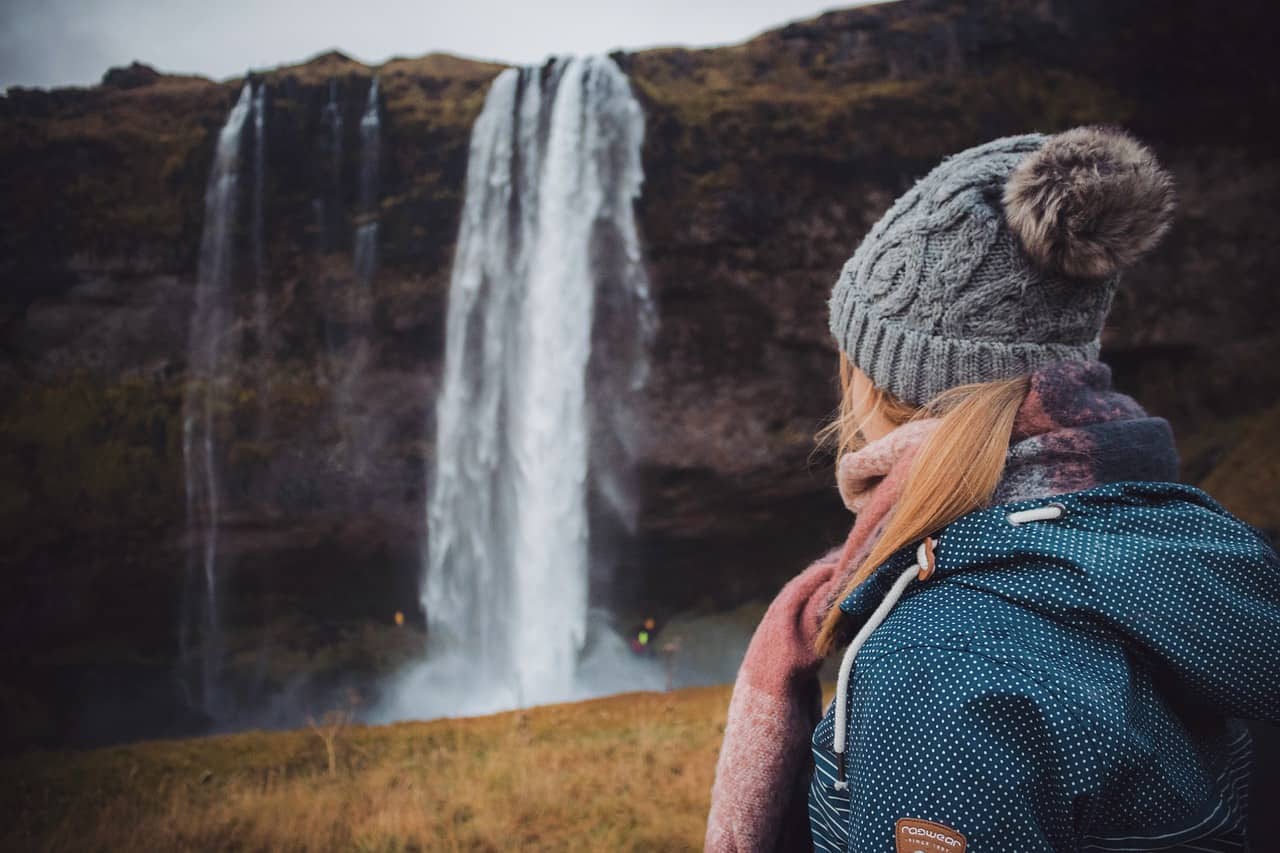 That’s probably the craziest fact about Iceland- people don’t have family names in this country!

If you want to read more about Icelandic names, check out this post.

Icelanders Are One Of The Most Healthiest People In The World

Over 80% declare themselves as healthy. Iceland has been ranked as 3rd most healthy country in the world, right after Spain and Italy.

There Is No Army In Iceland

Iceland is among 22 countries in the world that don’t have armed forces.

It has, however, a non-police military force and is a member of NATO. It also has an agreement with United States that is supposed to support Iceland when needed.

There Are Almost No People With Down Syndrome In Iceland

It’s one of the most controversial Iceland facts. Most Icelandic woman that find out about extra chromosome of their child, decide on abortion.

On average, one child with down syndrome is being born in Iceland every year. More about it here.

There Are No Trains In Iceland

Iceland is a very small land with great road infrastructure. Most people travel there by cars, that is why there are no trains in this country!

What’s interesting, there are more countries in the world with no railway. Some of them are Malta, Cyprus, Qatar, Yemen and Mauritius.

Poles Are The Largest Minority Group In Iceland

Last but not least- the minority groups. The second biggest population in Iceland is Polish. We were born and raised in Poland, that’s why this fact is the most interesting for us.

The Weather Fluctuates A Lot In Iceland

Traveling in Iceland is always a different experience depending on the season/month you’re going. Let’s see how it can fluctuate in terms of sunshine and weather.

Iceland Is The Least Densely Populated Country In Europe

It’s also the 9th least densely populated country in the world (Greenland is number 1). The population density in Iceland is 9 people per square meter.

There are a little over 360,000 Icelanders which is a similar number to the population of the following cities:

Did you know these facts about Iceland? Do you know one interesting fact about Iceland that you’d like to share? Let us know in the comments!