Interesting India Facts That Will Blow Your Mind

Dominating a massive territory comprised of culture, traditions, natural beauty, and a uniqueness compared to none, India is a country that ranks among the fast developing nations. With a diversity of customs, languages, traditions, and so much more, this country surely houses some amazing fun facts about India that are known by few.
So let’s hop into the portal that takes you to a journey that surprises and amazes you at the same time. Let’s take a look at these facts of India that are absolutely worth knowing!

One of the cool facts on India is this one. India flaunts the largest network for postal services in the globe with more than 1,55,015 offices located in the territorial domain of the country. One such is the “Floating Post Office” located at Dal Lake of Srinagar which was inaugurated back in the month of August 2011. 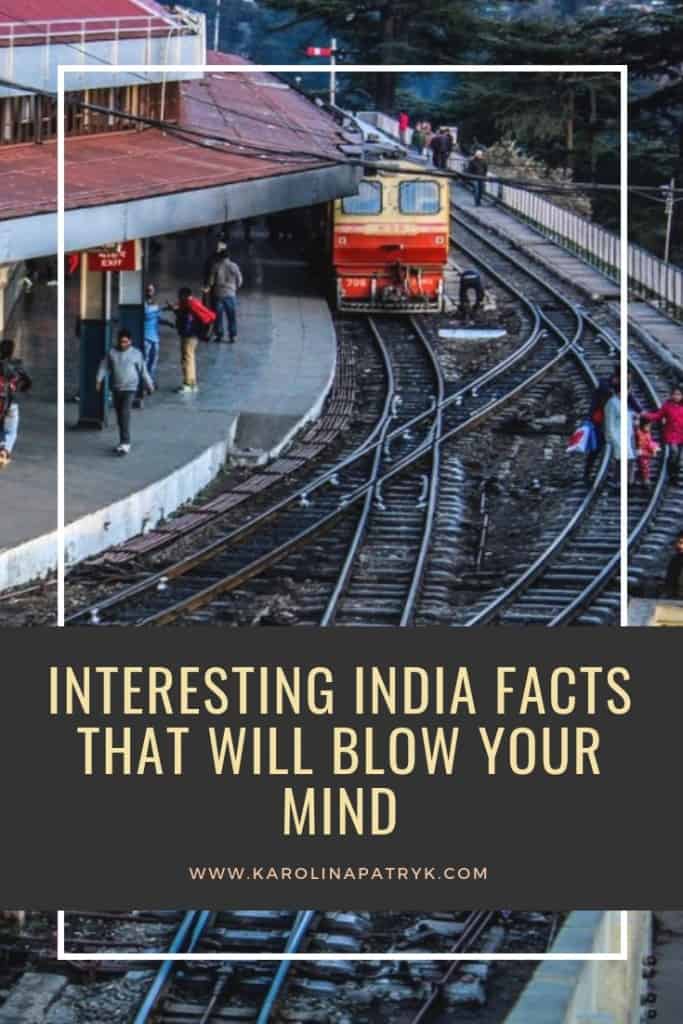 A gathering that can be seen from space

One of the facts for India that is worth knowing is that every year India experiences a massive gathering of folks from all over the country and even abroad for the annual Kumbh Mela. The one held in the year 2011 gathered more than 75 million people which were observable from the space.

There are many Indian facts and the next one is pretty interesting. The Mawsynram village located over Khasi Hills in Meghalaya is the record receiver of highest average rainfall all over the world.

India has the “Mini Switzerland”

Khajjiar, a small town located in the blanket of the state Himachal Pradesh is termed as the “Mini Switzerland” of India given its resemblance in terms of greenery and mountainous beauty. Additionally,it was brought to the surface in the tourism map in 1992 by Mr. Willy T. Blazer who was the India based Head of Chancery and Vice Counselor of Switzerland. He was the one who marked it as “Mini Switzerland”.

One of the amazing Indian facts to know about is that the Bandra-Worli Sealink required total 2,57,00,000 hours for its completion resulting an architectural marvel that weighs as heavy as the weight of 50,000 elephants.

Highest altitude for a cricket ground

There are many interesting facts in India and this is one of the best geographical facts of India! Located at the height of about 2,444 meters, Chail Cricket Ground located in Himachal Pradesh was constructed in the year 1893 which also serves as the part of Chail Military School.

Shampooing is actually a concept from India

One of the best fun facts in India is the shampoo history! Shampoo was a thing invented in India. Don’t believe us? Well, it’s true! However, we aren’t talking about the commercially manufactured liquids rather the herbs used for washing the hair. “Shampoo” is actually derived from a Sanskrit word called “Champu” which translates to massage.

Our Kabaddi Team won every world cup till date

One of the funny facts about India is that the Indian team representing the country at an international level has successfully bagged all the 5 World Cups held for Men’s Kabbadi and stands undefeated till date. The women’s Kabaddi team has also bagged all the world cups organized till now.

One of the funny facts on India is this one! It was the India based ISRO’s Chandrayaan-I that discovered water on the surface of the moon with the help of Moon Mineralogy Mapper for the very first time in the year 2009 during the month of September.

One of the coolest India fun facts is the next one. We already know that Indian Railways houses a vast network of channels all across the country for better connectivity. However, what we didn’t know was the fact that it also holds the position of 8th largest employer when statistics are compared at a global level. The Indian Railways employ more than1 million people in the country.

One of the great unknown India facts is that the country has been known to create engineering marvels but the most complex thing created in India was actually transported in a thing as simple as a bicycle. The first ever rocket created in India was actually so light with a size so small that the same was easily transported with the use of a bicycle. The device was carried to Thumba Launching Station located in Thiruvananthapuram of Kerala.

In India, even elephants get their own spa

One of the greatest unknown facts about India is that this country that loves its animals is always up for that highest level of respect. The elephants in India are considered the image of Lord Ganesha. At the Punnathoor Cotta Elephant Yard Rejuvenation Centre located in Kerala, the elephants receive massages, baths, and delicious food.

We are the 2nd largest English verbalizing country

Even with such a diverse collection of languages and Hindi being one among the majorly spoken languages, India ranks 2 nd to USA when it comes to the population that communicates with the use of English language. Surely “English is a funny language” but we do excel in it.

Highest vegetarian population in the globe

One of the great facts about food in India is this one. Be it for a religious acquaintance or for personal choice, India stands at the first position when it comes to the number of vegetarian people in the global level.

Largest milk producer in the world

One of the fun facts about India is that apart from being known for worshipping “Cows”, India is also ranked as the largest milk producer in a global level. The country just surpassed the European Union in 2014 by reaching a production level of 132.4 tonnes each year.

Interesting facts about food in India #16

India is the land of spices

One of the fun facts about food in India is that the country is also known as the land of spices. India produces so many different varieties of spices which makes the food known worldwide.

If you want to get snacks from all over the world directly to your home—> click here.

One of the Indian food facts is that the country grows some of the hottest chili peppers in the world. We all know how spicy the food in India is, but did you ever hear about the “ghost chili”?

One of the cool facts about Indian food is that even though we all think Indian cuisine is unique, it actually comes from the Portuguese. Potatoes, tomatoes and chilies were originally brought by the Portuguese!

India has some of the best luxury hotels

India offers a wide variety of hotels, and people seem to not realize that there are many luxury hotels in the country. In fact, probably some of the best we can find worldwide. Here are a few hotels that could help you make the most of your holidays in India.

Located in Udaipur, Taj Lake Palace is absolutely breathtaking. You shouldn’t be disappointed with the views! Check out the latest prices for—> Taj Lake Palace.

Do you know any cool omg facts about India? Add your fun facts India in the comment section!

To know more about other amazing places in India and abroad, don’t forget to visit Nerd’s Travel.