How To Have Productive Fights With Your Spouse?

In any marriage, some arguments are inevitable sometimes. No marriage is perfect after all, but this doesn’t mean your marriage is in trouble. All couples argue sometimes, and still, have respect and love for one another. In fact, some relationship experts think not arguing at all isn’t healthy. However, if you fight a lot or have hurtful fights, this isn’t healthy either. You should learn to fight in a productive way. Try these solutions to argue with your spouse in a healthy way.

Be Curious About Your Fights

Couples often have the same fight over and over, hitting the same points, without ever solving the problem. This doesn’t mean it’s time for the divorce solicitors but you should address these fights.

For example, do you argue when you both get home from work because you want to tell your spouse all about what you did today, while they need a few minutes to themselves to decompress? This can make you feel as though your partner isn’t interested, leaving them feeling attacked, and an argument kicks off.

Work out what sets off these repetitive fights, and work out a compromise instead of having the same argument again. Instead of badgering your partner as soon as they walk in the door to tell them about your day, suggest greeting each other, and then having fifteen minutes apart for them to recharge, then come back together to chat about your days. You can both get what you need without resorting to an argument.

Schedule The Time To Talk 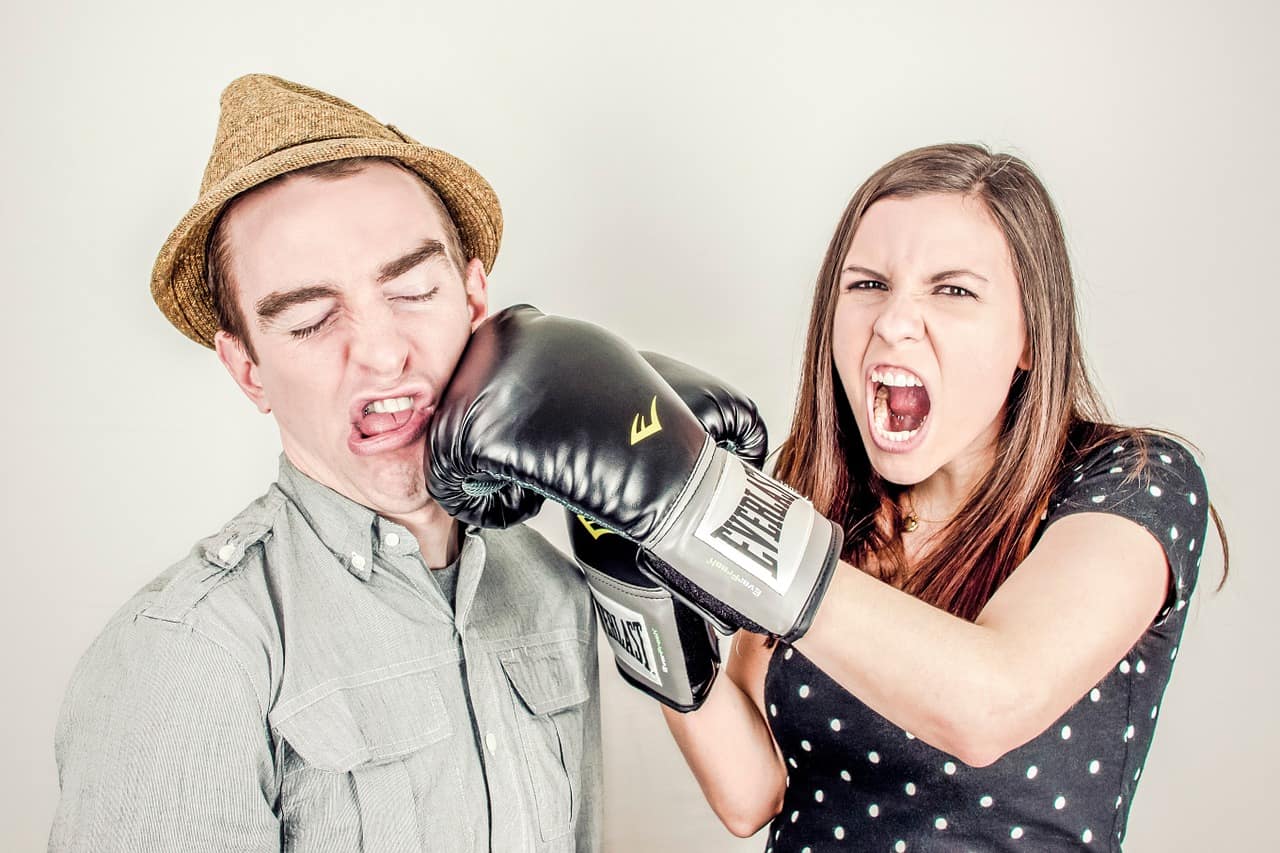 No matter how well you communicate, you will still have arguments. When you do, it can be better to choose a time to talk through the problem. If an argument starts, hit pause, and agree to return to the discussion at a later time when you have time to talk it through properly.

This helps as you both get time to prepare. You can find the best way to communicate your feelings in a calmer way, without getting defensive or upset. In the heat of the moment, things can be said in anger that you don’t mean, but that stay with your spouse afterwards.

Take A Time Out

During a fight, you might enter ‘fight, flight, or freeze’ mode. When you feel like this, problem-solving is much more difficult, as you are only thinking about reacting to the situation. This can cause frustration and the fight to escalate.

If you’re upset, and your partner is trying to solve the issue, it can feel as though they aren’t listening to you. If this happens, take a timeout.

Don’t just walk away from the argument. Instead, let your spouse know that you want to have this conversation, but you need a few minutes to calm down. Reassure them that you will come back to the discussion when you can problem-solve productively instead of just reacting.

When you come back to the argument after a timeout, both people will be in a better place to make resolve the conflict.